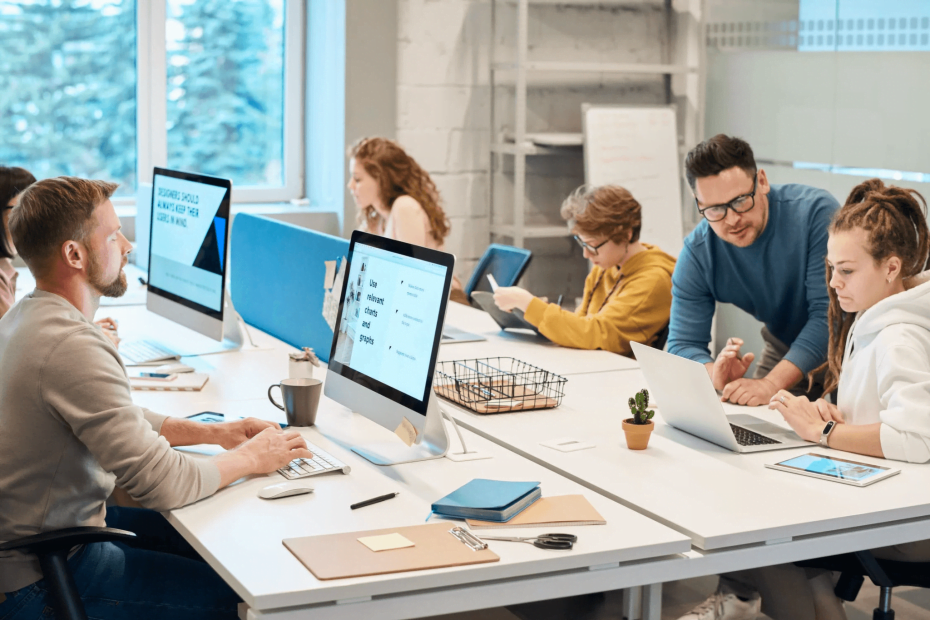 How to Upskill a Team for Everything As Code

Often when a company grows, it relies on hiring new employees for the positions left open, but that isn’t always the case. You can upskill your existing employees instead of hiring new ones that will better suit your organization. Most companies are going down the route of upskilling their existing employees because it saves them time and money.

You will not only get highly motivated employees but ones that will likely stick around for longer time periods. Upskilling your employees also encourages them to take on more work than is usually assigned to them. They are highly motivated individuals who will be willing to go the extra mile for the organization.

When you are upskilling your team for everything as a code, it is better to work with existing employees rather than run after recently hired employees. That is because your current employees will be well versed with the company culture and will be willing to do extra work than new employees. Numerous reports have stated the benefits of upskilling your current employees, and we will be sharing some of them with you below.

Create a Culture of Resilience

When you hire new employees, you must spend time training them and getting them on board with the rest of the organization. They are more likely to leave the organization if they feel they don’t meet the company’s required standards. On the other hand, upskilling employees already within your organization helps in creating a culture of resilience.

Your existing employees will be the ones who will take the initiative and be more willing to take risks and move your organization forward. They are the ones who will go the extra mile for the organization as they will love the fact that you have entrusted them with a new responsibility. That will help your company reap the benefits of its actions and allow your employees to be more motivated, and encourage them to move forwards with the organization.

Give Them More Responsibility

When you upskill your team for everything as a code, you give them more responsibility, and they will thank you for that. They will get on-the-job training which will benefit your entire organization as they are more likely to stick around and do more work than employees you have hired. Existing employees are more motivated and in tune with your organization’s expectations. They are the ones who will move forwards and encourage other employees to follow in the right footsteps.

When you give them more responsibility, you encourage them to take the initiative and go the extra mile for the organization. They will be more willing to engage with the organization and be happier and more productive employees. That will benefit the company as the existing employees are the ones who will act as the driving force that guides the company to better standards.

Give Them On-The-Job Training

When you give your employees on-the-job training, you encourage them to stick around for a longer time. It encourages them to take the initiative and train other employees who are their subordinates. It creates a team culture that is hard to replicate and forces them to look inwards instead of looking for other jobs. They are more likely to give their all for their current organization rather than be disassociated with their work.

You can easily provide on-the-job training by encouraging employees to take the initiative more often and giving them specific roles within the organization. Your employees will be more motivated and likely give their all to their current company. You can encourage them further by giving them salary increments or changing their job descriptions and new titles. Happier employees feel like their company is investing in them rather than looking for outside expertise.

Encourage a Culture of Bonding

Your employees will benefit a lot if you encourage a culture of team bonding and force them to work with each other rather than against each other. Encourage employees to grow together rather than forcing them to compete against one another. When employees feel safe in their jobs, they are more likely to grow within the organization. They will be willing to help other employees and put in extra effort to do more good work for the company.

There will be less competition within the workplace, which can benefit you because these employees will be highly motivated to help others. They will not be afraid of being laid off or losing their jobs to someone else outside the organization. When you encourage a culture of bonding, you will notice that employees are more productive and more likely to stick around for a long time with the organization.

Give Them Training Tools and Resources

You can’t expect to upskill your employees without giving them the tools and resources for the job. You want to ensure that they excel at their jobs, and that’s why you are encouraging them to work beyond their limits. By giving them the right training tools and resources, you encourage them to look inwards instead of outwards, and you will be the one reaping the benefits in the end.

When your employees have the right training tools and resources, they will grow more and expand their potential. It’s the best training tool that you can provide them with, and you will be the one reaping the benefits.

Conclusion of How to Upskill a Team for Everything As Code

It’s not easy to upskill a team for everything as a code, which is why most organizations struggle with it so much. However, with a little bit of understanding and providing them with the right training tools and resources, you can do that task with minimal fuss. You want a team of motivated workers who are moving in the right direction, taking the organization to new heights.

For that to happen, you will need to trust your current employees and encourage them to create a culture of team bonding. When your employees feel safe within their jobs, they are likely to be more creative and productive, which is what upskilling does for them. Contact us for services related to how to Upskill a Team for Everything As Code.

Further blogs within this How to Upskill a Team for Everything As Code category.