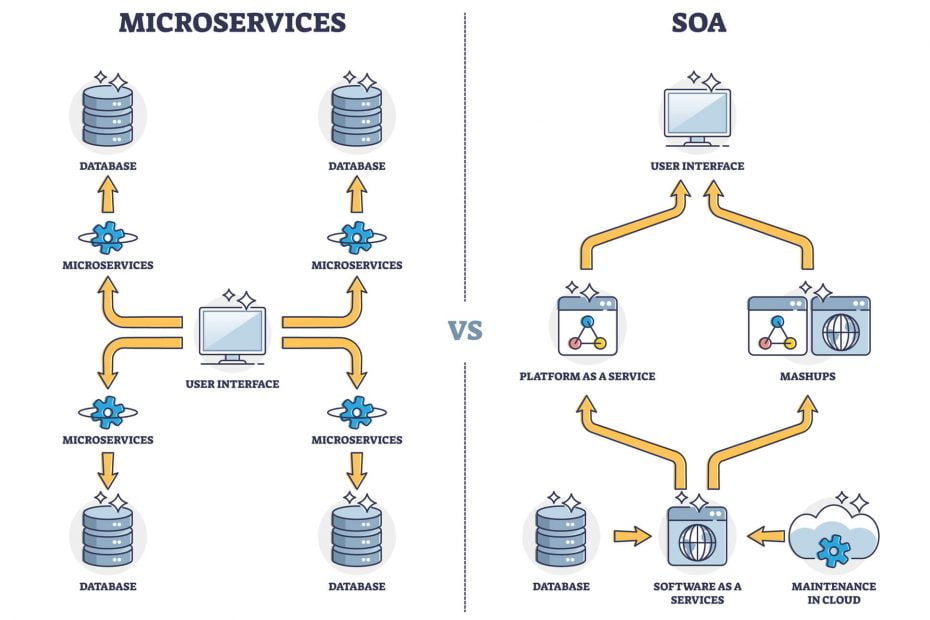 What Is a microservices?

The main concept behind Microservices is that breaking down some programs into many tiny components that work together makes them easier to design and maintain. Despite the increased intricacy of the framework, microservices still provide several advantages over monolithic structures.

How Microservices are Different From Traditional Architectures

An application is designed as a group of precisely scoped for a specified function and may be governed, deployed, and supplied independently in a microservices architecture.

Microservices are designed independently, usually by distinct teams, and can be updated or replaced on their own, utilizing defined APIs for integration. A service is a network communication mechanism executed by one or more microservices and utilizes a software-agnostic protocol.

Microservices can be tailored to meet specific business requirements. Their small size and autonomous architecture allow them to easily integrate with a wide range of programming languages, software, and hardware.

As technologies advance, our application structures allow us to gain more scalability, efficiency, and other benefits. Microservices architecture differs from monolithic architecture in many respects, including the following.

How Are Microservices Deployed?

In the end, any size firm that has apps requiring frequent updates, changing traffic trends, or near real-time interaction can benefit from using a microservices design.

The following steps are used to implement microservices using Docker:

When Kubernetes is combined with an administration system like Docker, a collection of containers can be managed as a single system. It also allows businesses to operate containers across different hosts while maintaining control over the discovery and duplication of service. Kubernetes are frequently used in large-scale deployments.

How are Microservices Scaled?

One of the main reasons enterprises choose the public cloud to deploy microservices apps is that on-premise infrastructure is better suited for old monolithic programs, albeit this isn’t always the case.

A new generation of technology companies has addressed both of these issues. The division of duties encourages autonomous work on specific services, which has no bearing on other developers who work on the same application.

Conclusion for What are Microservices

Microservice architecture may or may not become the preferred development style in the future. However, it is undeniable that it is a powerful concept with significant implications for enterprise application design and implementation that can benefit organizations everywhere.

Further blogs within this What are Microservices category.