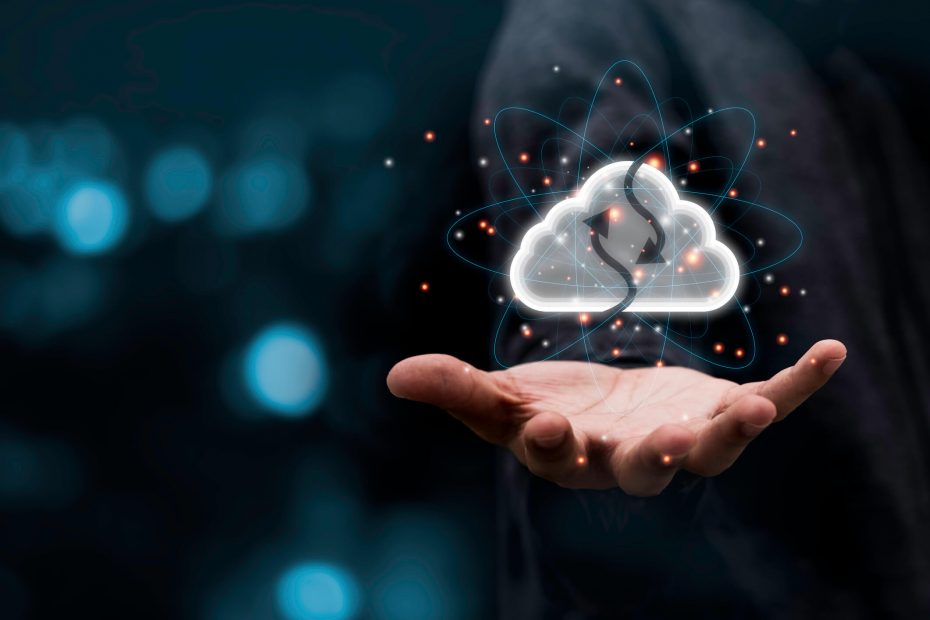 Where Did Cloud Start And How Did We Get Here Today

Cloud computing has revolutionized the world as we know it. Cloud is involved in nearly every aspect of our lives now, and the way we function in this decade is something our ancestors had never even dreamed of! Cloud is also evolving at nearly lightning speed even now, and its prospects are unreal.

Which, of course, begs the question, where did cloud start and how did we get here today?

When we think of the history of the cloud, we can probably think of the 90s when the internet became popular and started integrating with people’s daily lives. However, in truth, the actual origins of the cloud are back in the 50s.

In 1950 a mainframe computer was developed to connect computers across a network for military purposes. Back then, the development of a mainframe costed millions of dollars. In the 50s and 60s, computers were mainly enormous mainframes and catered to multiple users at a time. Most of these mainframes were non-storage, and their clients could barely compute anything.

In the late 60s, the ARPANET or Advanced Research Projects Agency Network was developed, which is often referred to as the internet’s forerunner. It was also exclusive to the Defense Department of the United States. It was intended to connect computers at the Pentagon only.

In the 70s came the Virtual Machine by IBM. It was an operating system that allowed mainframe systems to have a separate interface for each node. This was where cloud computing was visualized. With the development of VMs, people could enable different servers to compute in the same environment. Even though everyone, like operating systems, did not commonly use VM are today, it was not just limited to military use anymore.

The 90s And The Internet

Until the 90s, the internet became popular, and the term Cloud Computing was officially coined. ARPANET had formally shut down in the early 90s. The World Wide Web was an invention of an English researcher, Tim Berners-Lee, at CERN. The internet wasn’t conceptually much different back then than it is now. It was intended to hyperlink documents and other resources to each other, enabling easy access to everyone.

By the end of the 90s, the internet was being used to host many websites that offered all sorts of services. People could watch videos, listen to music, and even UX design came into being, granting everyone the access and utility to handle complex tasks which only coders could do before.

This digital world seemingly connected everything and had infinite potential just started to be referred to as the cloud. At this time, Iaas and Paas services were also quickly gaining traction over the internet. In the late 90s, Saas (Software as a service) also broke in with Salesforce, which offered applications online.

In 2006, Google’s Eric Schmidt used the term cloud to refer to Google Services. He, therefore, gets the credit for coining this term after over 50 years of its origins.

Amazon seized the opportunity to capture the entirety of cloud so far and began Cloud Computing as we know it under the name of Amazon Web Services (AWS). AWS launched in 2002 and primarily focused on helping their partners embed their e-commerce services in their businesses.

Then, in 2006 Amazon moved on to offering IaaS offerings under EC2 (Elastic Compute Cloud). They also made their own innovations in cloud computing using On-Demand, which allowed users to only pay for the cloud capacity they were using.

IBM Adopted cloud services in 2007 and announced it would open cloud spaces for enterprising. They released iconic cloud services such as IBM CloudBurst and IBM SmartCloud.

In 2008, Google decided to introduce its own cloud space under Google App Engine, which was a PaaS service. Microsoft joined shortly after with the announcement of Windows Azure.

Then, in 2009, Amazon introduced some of its most sought-after services, including Amazon Cloudwatch, RDS (Relational Database Service), Auto Scaling, and Amazon VPN. All of these services are still in use today, showing how aptly Amazon Web Services have kept up with the vision of the cloud.

Another well-known e-commerce giant emerged from China in 2009, known as Alibaba Group.

In 2010, OpenStack became one of the first and most common open-source cloud services.

SaaS (Software as a Service) kept becoming increasingly popular in the 2010s with new applications swarming the internet, and by 2020, SaaS was estimated to be a $157 billion industry.

Cloud computing is here to stay and is probably not going anywhere any time soon. The 2010s were an excellent time for digitization, but survival was still possible without the internet.

In 2020, since the Covid-19 pandemic took over the world, the entire world went digital almost overnight. Companies shifted entire infrastructures online, and Work From Home became common only thanks to cloud computing. Multi-Cloud Computing and Hybrid Cloud computing are evolving further as their need is magnified and companies prioritize cloud savings.

The world has become increasingly solution-oriented, mainly due to the potential of The Cloud and how it seems to evolve interminably.

Everyone is now dependent on the cloud, and we should be grateful to the roots that made cloud computing what it is today so that the world didn’t come to a halt just because we couldn’t go out anymore.

The history of the cloud is rich and dates back to more than 70 years ago. We have come very far in less than a century, and there is still more potential for cloud computing that needs exploring.

Further blogs within this Where Did Cloud Start And How Did We Get Here Today category.