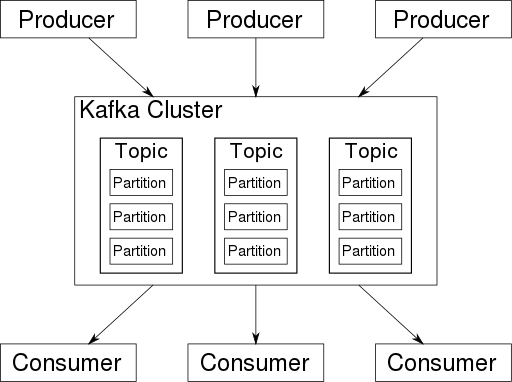 Which Is Better: Apache Kafka or RabbitMQ?

You may require a message queue (MQ) or message broker platform if you are combining different microservices, trying to improve app dependability, or developing a new streaming app. Messages are passed from creating apps or services to utilizing apps or services by this type of software.

RabbitMQ is one of the most commonly implemented message brokers, allowing apps and services to share information without requiring uniform exchange protocols. It has over 10,000 users.

Messages sent, like the majority of protocol techniques, do not ensure that they have been forwarded and processed, so RabbitMQ employs message delivery confirmation and smart broker configuration in its architecture.

A smart broker delivers messages to customers while handling the processing on its own. The consumer does not need to be concerned about requesting data. Consumers, in essence, serve as dummy receivers of information. When consumers have completed processing, data is immediately removed from RabbitMQ.

What is Apache Kafka?

Apache Kafka is a Java and Scala-based open-source distributed platform for activity streaming. It is a message bus designed for high-throughput data streams. It is a long-lasting message broker that assists applications in processing, storing, and re-processing streamed data. To transmit information to a topic, Kafka uses a routing key.

Kafka is a message-processing/commit-log deployment that places a greater emphasis on data retrieval, as well as expandability and data redundancy. It employs a smart client/subscriber policy, under which the end-user is solely responsible for asking for and extracting information from the broker. Messages can be processed from the broker separately or in batches, and they can be re-requested several times after that.

Kafka is best suited for streaming from A to B without the need for complicated routing while maintaining maximum throughput. It’s also great for modeling system modifications, stream processing, and event sourcing as a series of events. Kafka is also well-suited for information processing in multi-stage pipelines.

In summary, use Kafka if you require a structure for reading, re-reading, storage, and evaluating streaming data. It’s perfect for systems that are regularly audited or that keep their messages indefinitely. Narrowing it down even further, Kafka excels at real-time data processing and analysis.

RabbitMQ is ideal for web servers that require fast request-response. It also distributes loads among workers when the load is high (20K+ messages/second). Backstory jobs or long-running tasks such as PDF converting, file checking, or image scaling can also be handled by RabbitMQ.

To summarize, use RabbitMQ for long-running tasks, consistent background jobs, and information exchange/integration between and within apps.

Kafka operates on a pull model, with consumers requesting batches of messages from an adjustment. When there is no communication, Kafka allows for the long accumulation and restricts tight loops.

Because Kafka has segments, the pull model is ideal. It also enables users to take advantage of message batching for increased throughput.

RabbitMQ, on the other hand, employs a push-based model and is suitable for low-latency communication. The push model’s goal, in this case, is to quickly disseminate messaging. It also guarantees that work is executed concurrently and that communications are processed in the order they arrive.

These messaging structures approach messaging from completely different perspectives, and their competencies range greatly. The table below highlights some of the most important differences.

Apache Kafka or RabbitMQ: Which One Wins?

You’ve learned about the distinctions between Apache Kafka or RabbitMQ in terms of use cases, structures, and effectiveness in this article. When it comes to versatility, RabbitMQ is more adaptable and simpler to use than Apache Kafka.

However, when it comes to reliability and performance, Apache Kafka outshines RabbitMQ. Choosing between Apache Kafka or RabbitMQ has never been simple, and as both innovations continue to improve, the margins of competitive edge have gotten smaller even further.

Each of these excels at different aspects, so choose one based on your company’s priorities, tasks, and business needs.

Further blogs within this Which Is Better: Apache Kafka or RabbitMQ? category.